Please note: This product is DISCONTINUED! Page is available for archive purposes only. 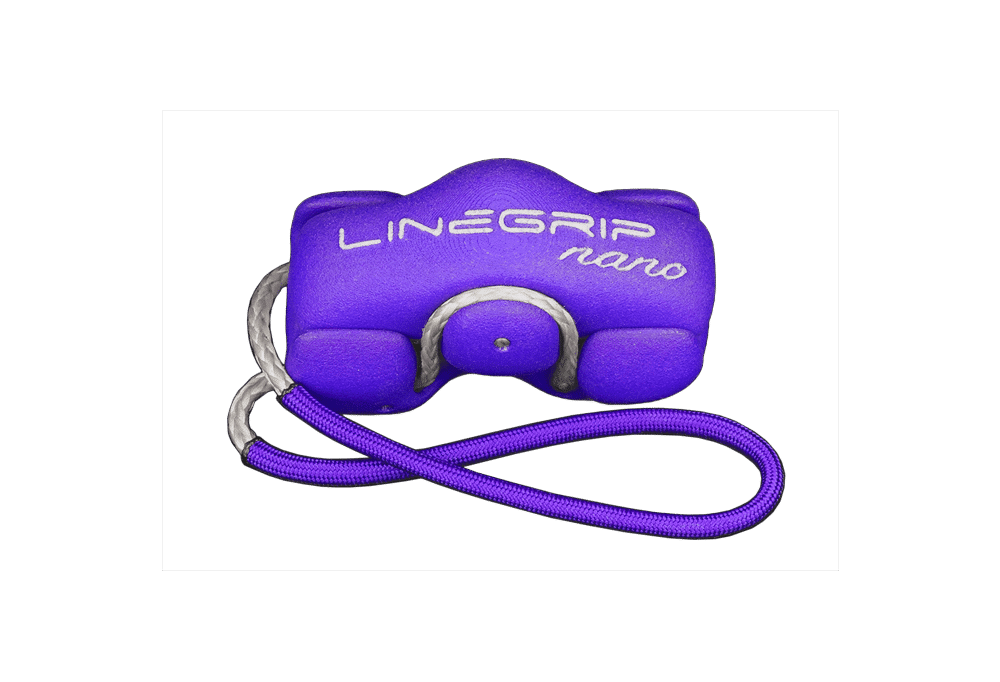 This tiny gem is specifically aimed at users of the “buckingham” tensioning technique,
who care to save even the last bit of weight and space in their backpack.

We apologize for the poor sound quality! 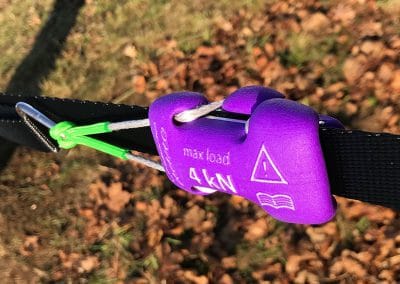 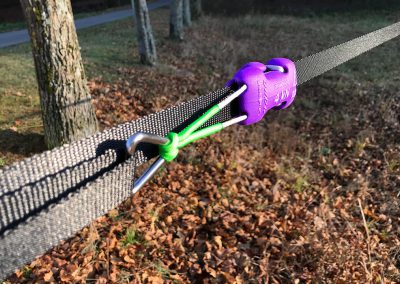 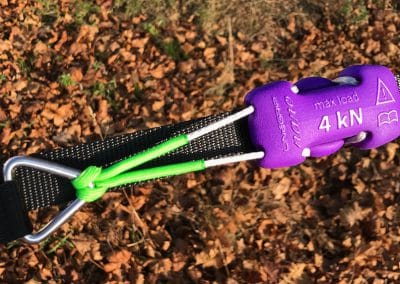 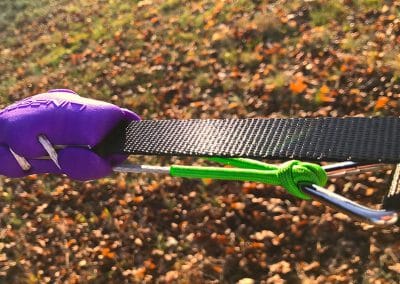 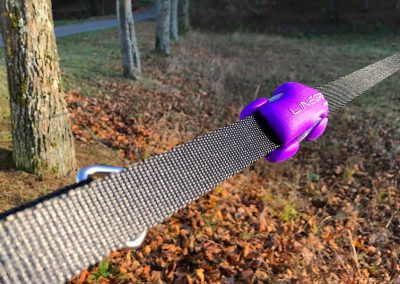 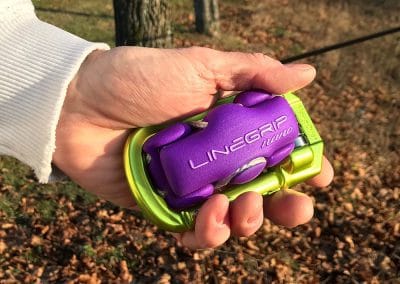 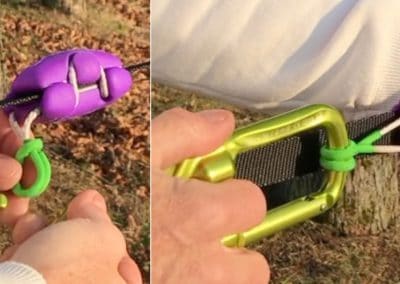 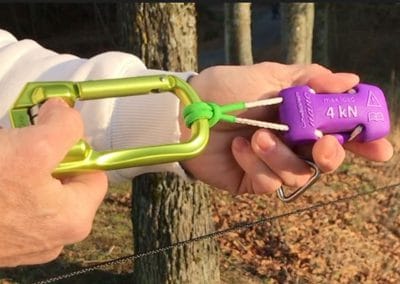 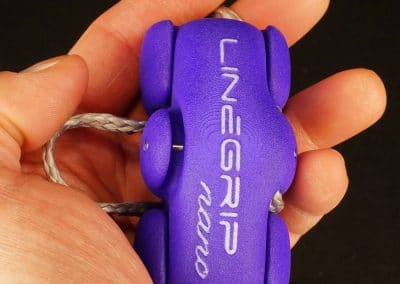 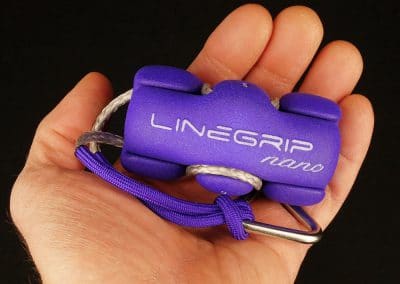 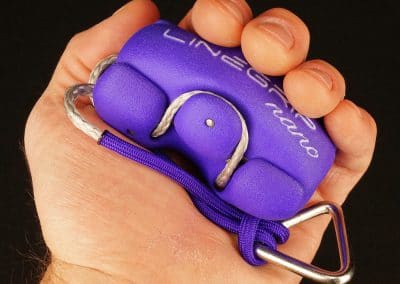 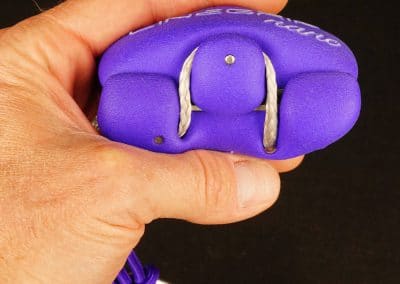 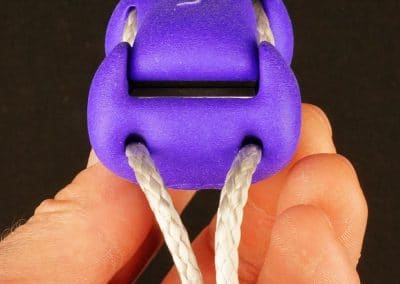 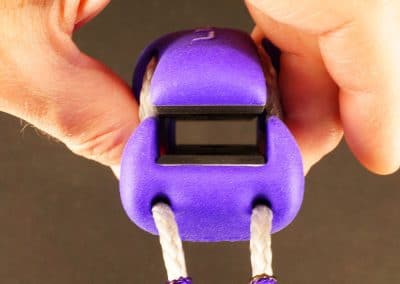 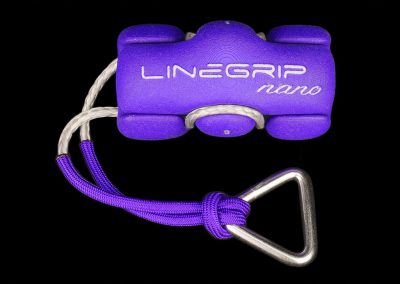 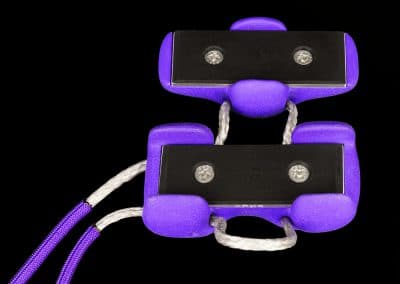 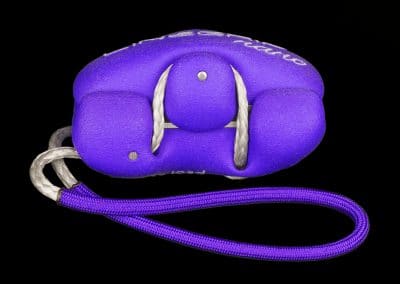 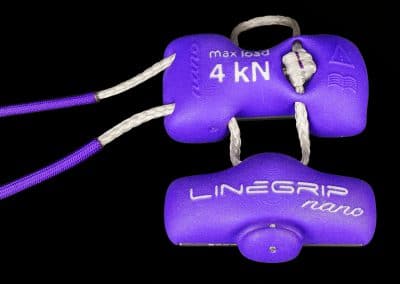 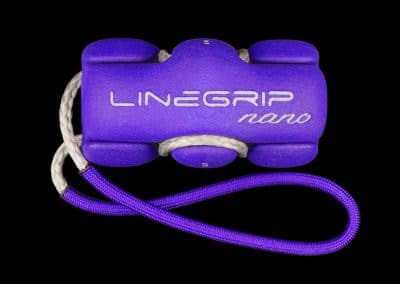 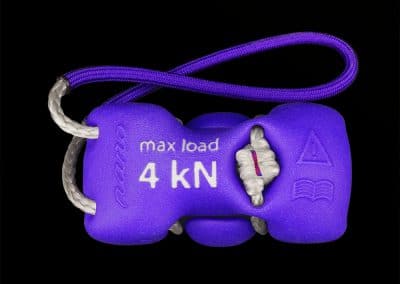 How does the “nano” score compared to the best scoring lineGrip in these categories?

The lineGrip nano is equipped with a unique safety warning system – called NOWS – that lets you detect overloading of the nano.

The NOWS consists of a special knot which will slowly begin to slip at about 5-6kN load. By means of a marker on the knot you can detect this slipping through a gradual separation of the marker.

The image shows an intact NOWS knot at the top and an overloaded NOWS at the bottom, with a separated marker after the nano has been loaded with 5kN (i.e. after 1kN overload).

> Learn more about the NOWS 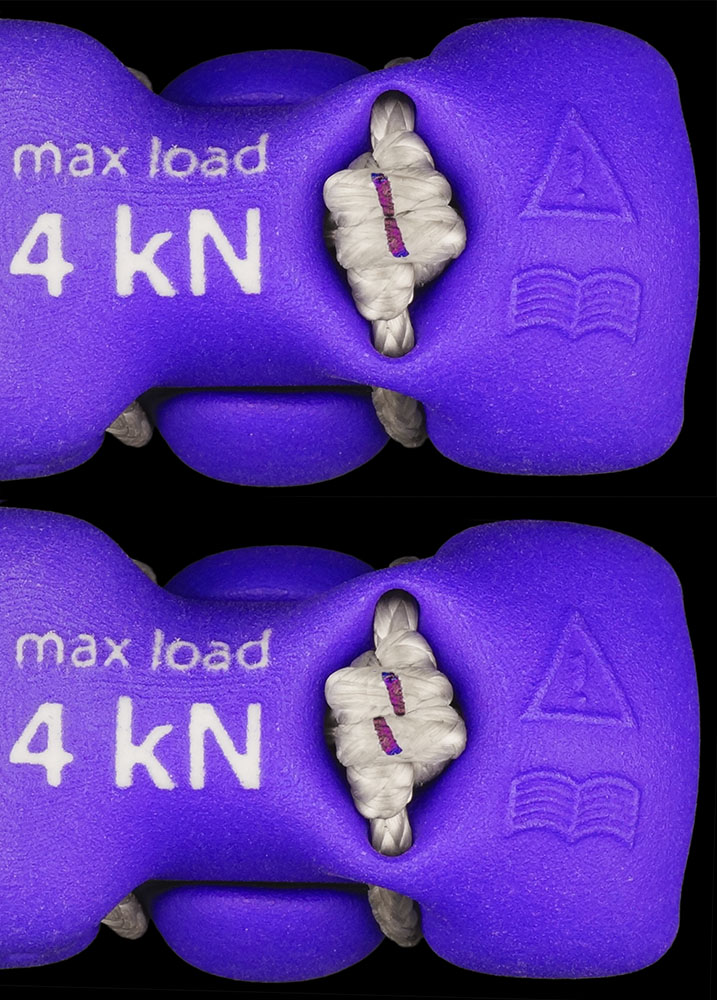 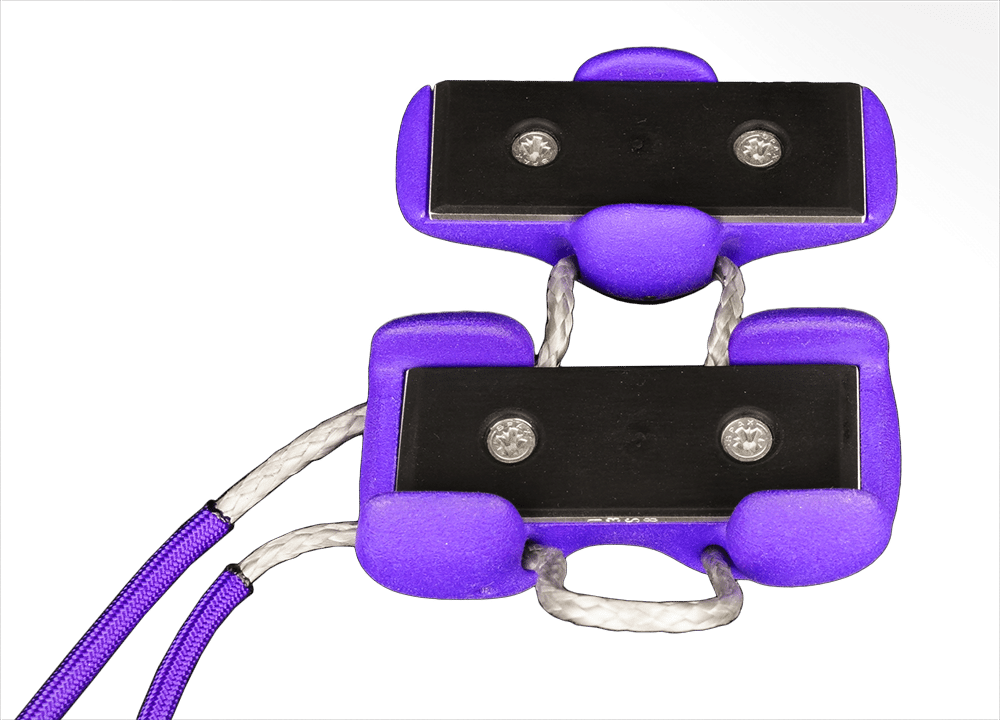 The nano is equipped with the well known lineGrip Type-3 rubber plates in 2/3 length. These can easily be user replaced by means of 4 screws.

A rugged nylon sheath protects the dyneema cord from abrasion on the pulling loop end. 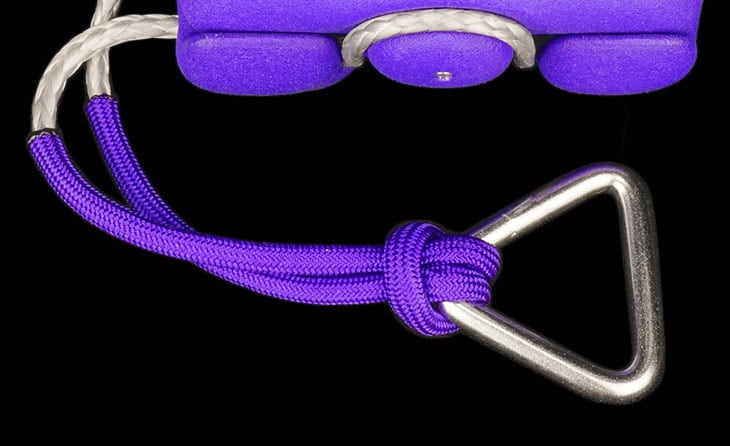 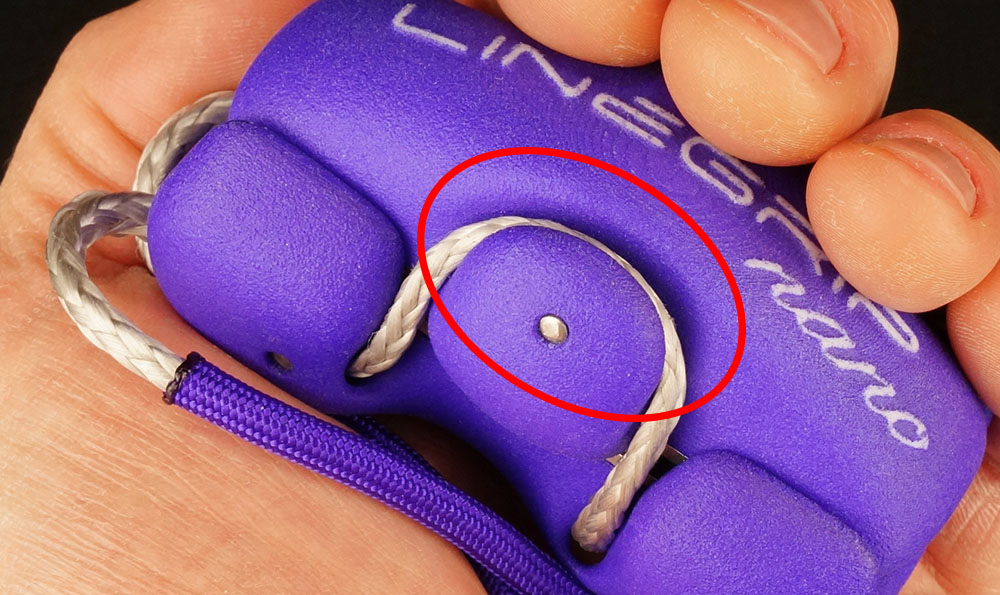 keeps the cord securely locked in the diverter, even when not loaded and mounted on shaking highlines.

ensure correct parallel alignment of the nano on the webbing.

This guarantees the safety of your precious webbing, through reliable parallel alignment. Even in the unlikely event of slippage your webbing will remain unharmed! 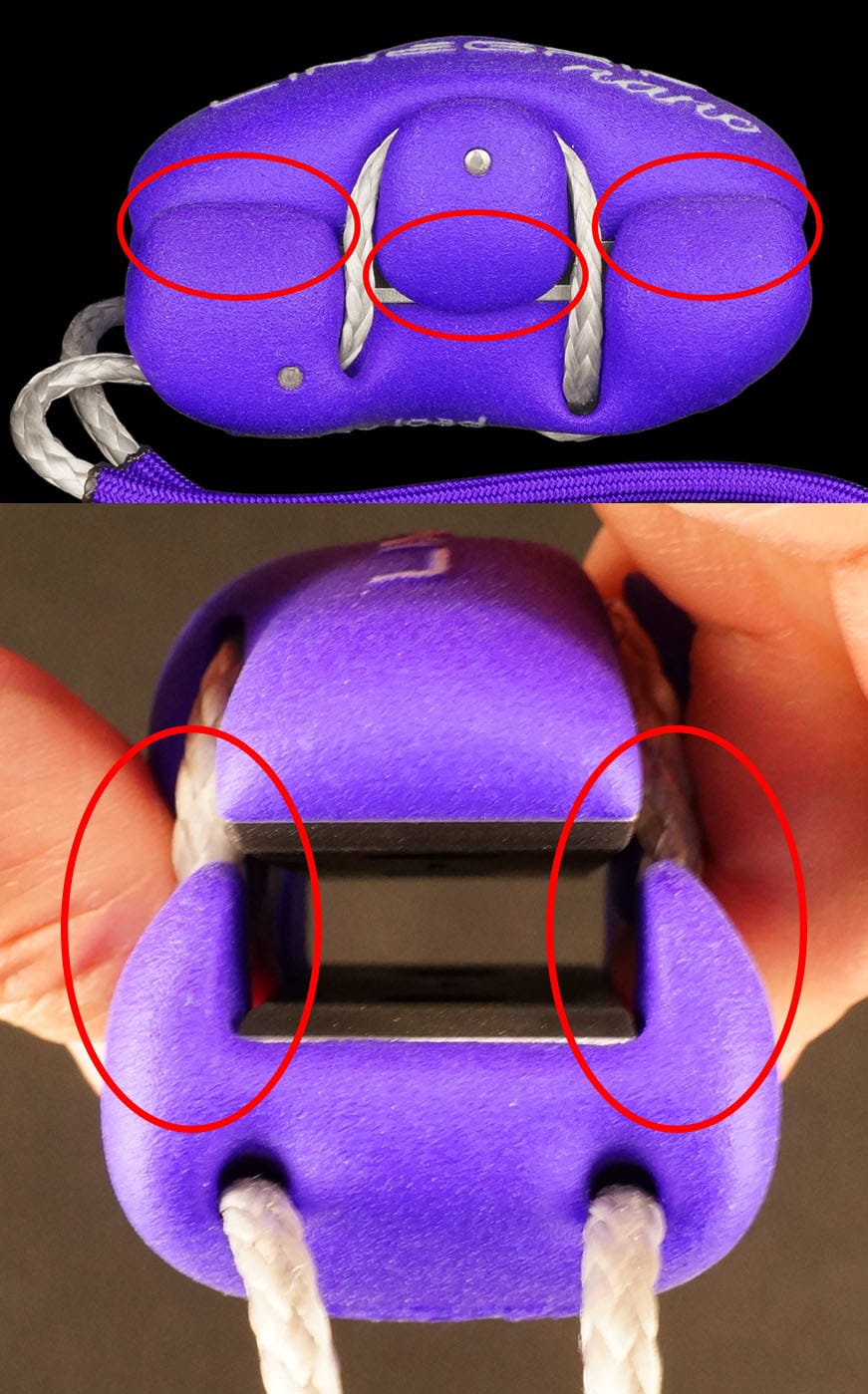