The short answer: slackPro! transferred all business to LineGrip Corp. in Dec. 2015.

In 2015, slackPro! founder and lineGrip inventor, Andy Riedrich, decided to devote his full attention to the lineGrip in the future, so in summer 2015 he and his father founded a new company, LineGrip Corp. Ltd., to continue lineGrip development, production, sales and support. Learn more about LineGrip Corp. >

slackPro! was shut down in Dec. 2015 and all business was transferred to LineGrip Corp. In the course of this transfer, all products, except the lineGrip, were discontinued. 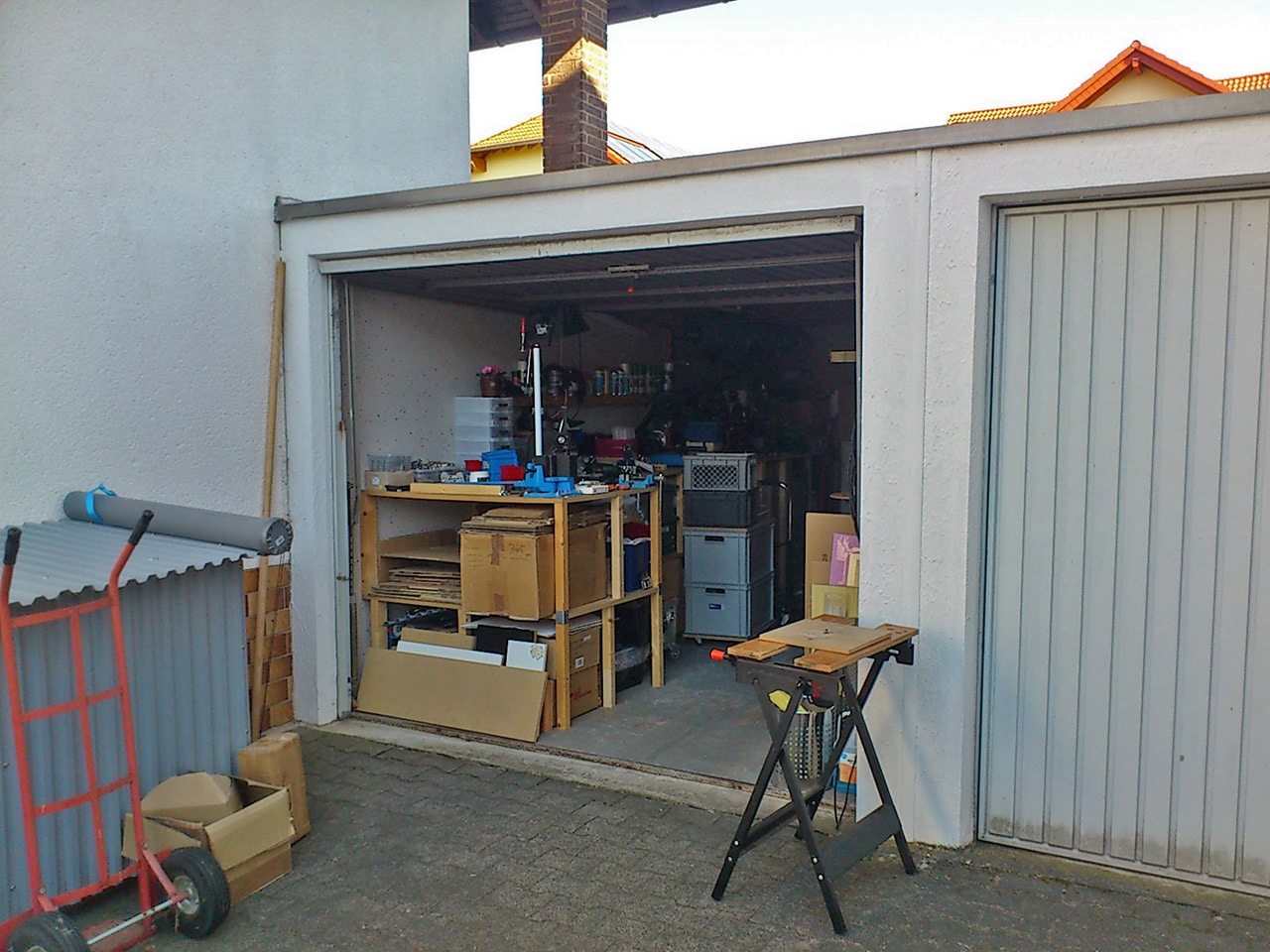 slackPro! was founded in spring 2009 by Andy Riedrich, who established the first warehouse and workshop in his garage in Bruchmuehlbach, Germany – the classical “one-man garage startup”.

This 5x4m garage, with a small office space in the appartment, was where Andy invented and patented the lineGrip, and ran slackPro! for the first 4 years.
Click here for Andy’s resume >

The first years were an exciting time of hard work and privation.

Privation, because the community was still small, which limited sales numbers. 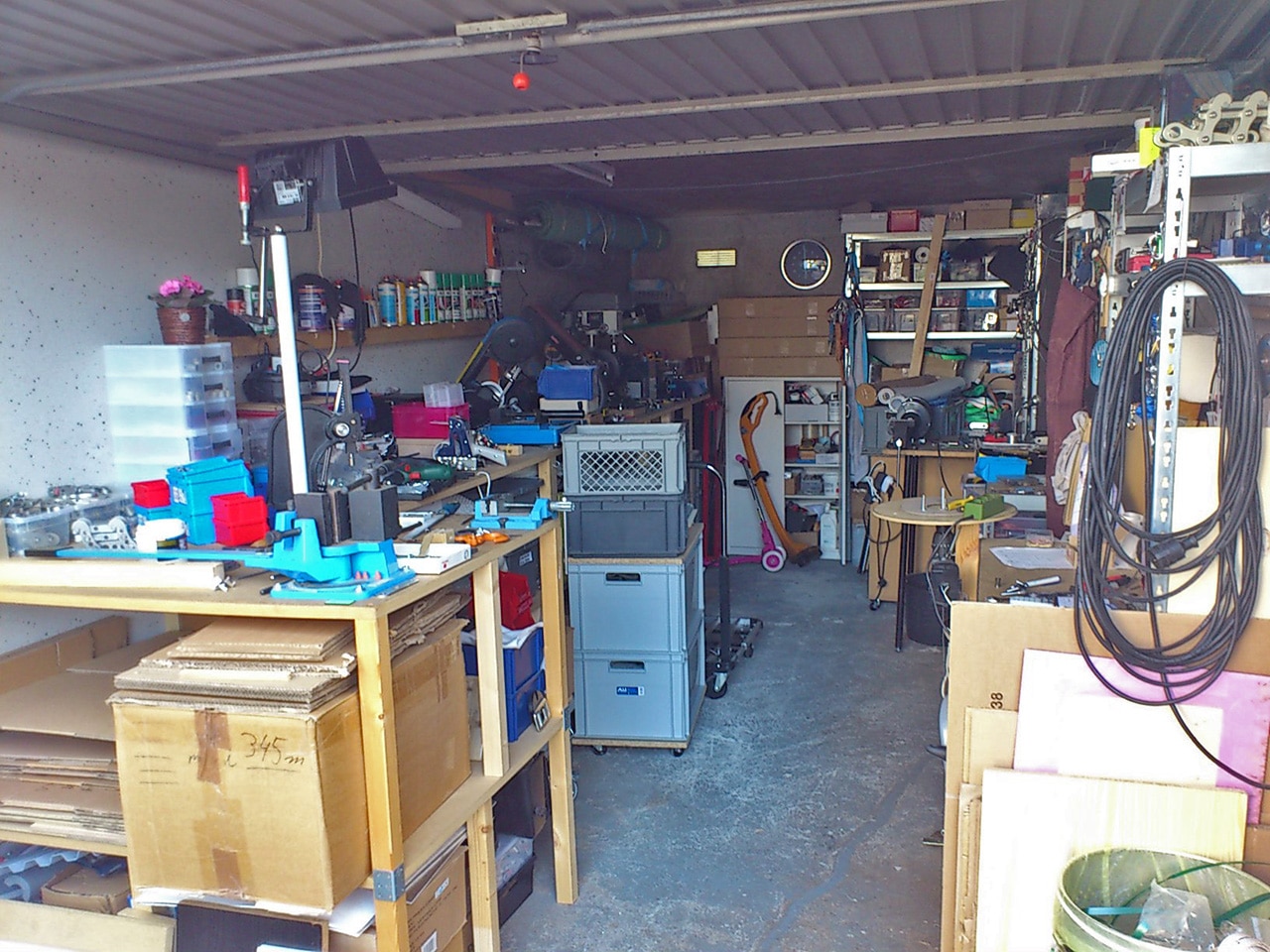 Exciting, because slacklining was just in the beginning, and so was the available technology. Virtually every piece of gear was still to be developed, and techniques needed to be established. Andy had the chance to shape the way long slacklines are tensioned.

slackPro! started out with standard ratchet-kits, and soon evolved to one of the first companies worldwide featuring complete longline-kits. The emphasis was always on developing longline gear.

It was during this time of rapid change in technology, when Andy found a solution to one of the biggest problems of long- and highlining: tensioning these monsters! 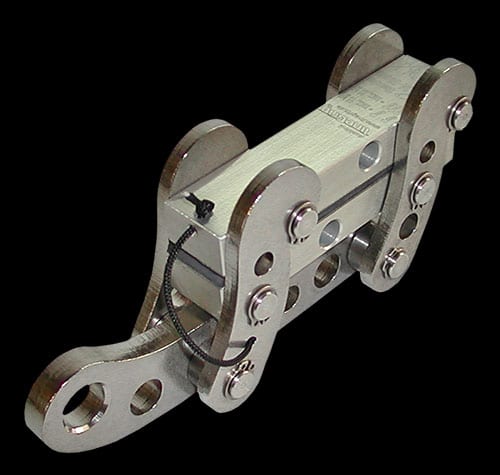 Andy’s solution, the lineGrip, finally made it possible to safely and reliably grab the slackline at any point, at any given time, and thus separate the tensioning system from the walking system.

slackPro! introduced the first commercially available lineGrip in spring 2010. It was made of steel, and weighed over 1 kg, but it already offered 15 kN working load – a very important feature at the time.

During the next 5 years, the lineGrip’s weight was reduced to under 500 g, while significantly improving handling, reliability and safety.

In 2012 slackPro! introduced the first aluminum lineGrip, the G3-AL and in 2014 an ultra light version with only 380g – the highlineGrip – was added to the portfolio. This was the very first lineGrip with a plate retainer – the “retainer-pin” – which secures the lineGrip from ever falling off the line.

slackPro! was shut down in Dec. 2015 and all business was transferred to LineGrip Corp. In the course of this transfer, all products, except the lineGrip, were discontinued.

This is the first generation plate retainer, that was introduced early 2014 with the highlineGrip G1.
The plate retainer secures the loose clamping plate from inadvertently unlatching, which would send the lineGrip falling off the line. This can happen without a retainer, when the lineGrip is mounted on shaking webbing, but no load is attached to the load eye yet. 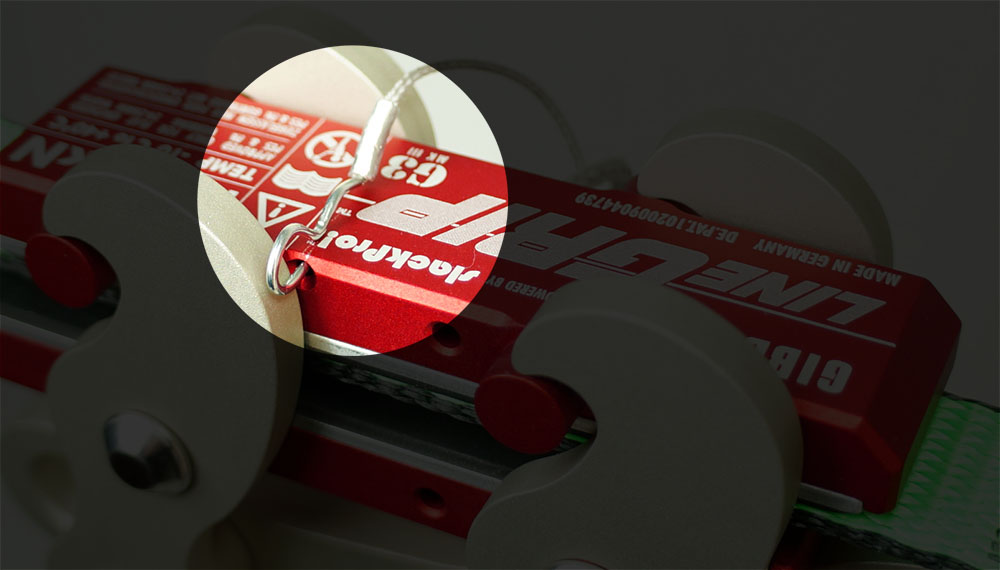