Editing in progress! This article will be supplemented with more detailed content/images/videos soon...

Every once in a while it might happen, that the SBR does not offer sufficient resistance, and thus disengages easily.

Reasons for loose fit of levers:

First identify the gap between the the front levers and the stationary clamping plate. When the lever is flush with the safety cap, this gap should not be greater than 0,5mm.
If the gap is greater, try to re-seat the top front safety caps, by placing the lineGrip on its side on a flat surface and gently patting each cap with a rubber or plastic-tip hammer (use a soft protection such as a piece of rubber to avoid damaging the cap if you only have a metal hammer).
If this does not solve the issue, try to rotate the safety caps, by pinching them between your fingers/nails, to check if they sit loosely. If you can rotate a cap with your fingers, this indicates, that it does not lock tightly to the plate-pin to which it is fastened. In this case, please contact us for further instructions to remove the cap and replace it with one of the spares that came with the lineGrip. 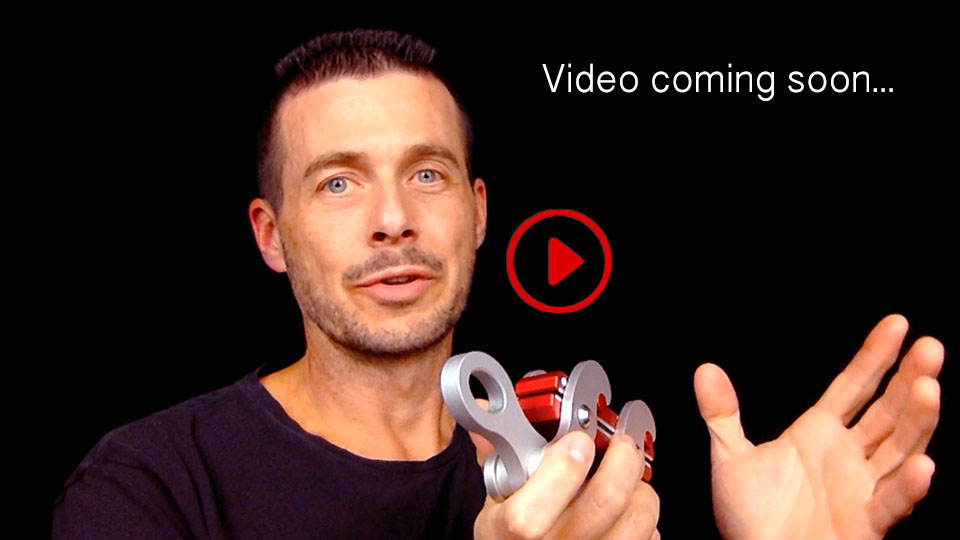 A rotating or high clearance safety cap is not a safety issue!
The safety cap assembly has a limit stopper catch, which prevents the cap from ever coming completely loose and slip off. Any safety cap can only move by max. 1mm before it is reliably stopped by a rim at the tip of the pin. So apart from the possibly annoying “wigglyness” there is no need to worry about this, unless your lineGrip is equipped with an SBR.
Therefore you may continue to safely use your lineGrip, until this issue is resolved. Please avoid situations, where the lineGrip could fall from great height, should the “top” plate disengage easily due to the loose fitting SBR.