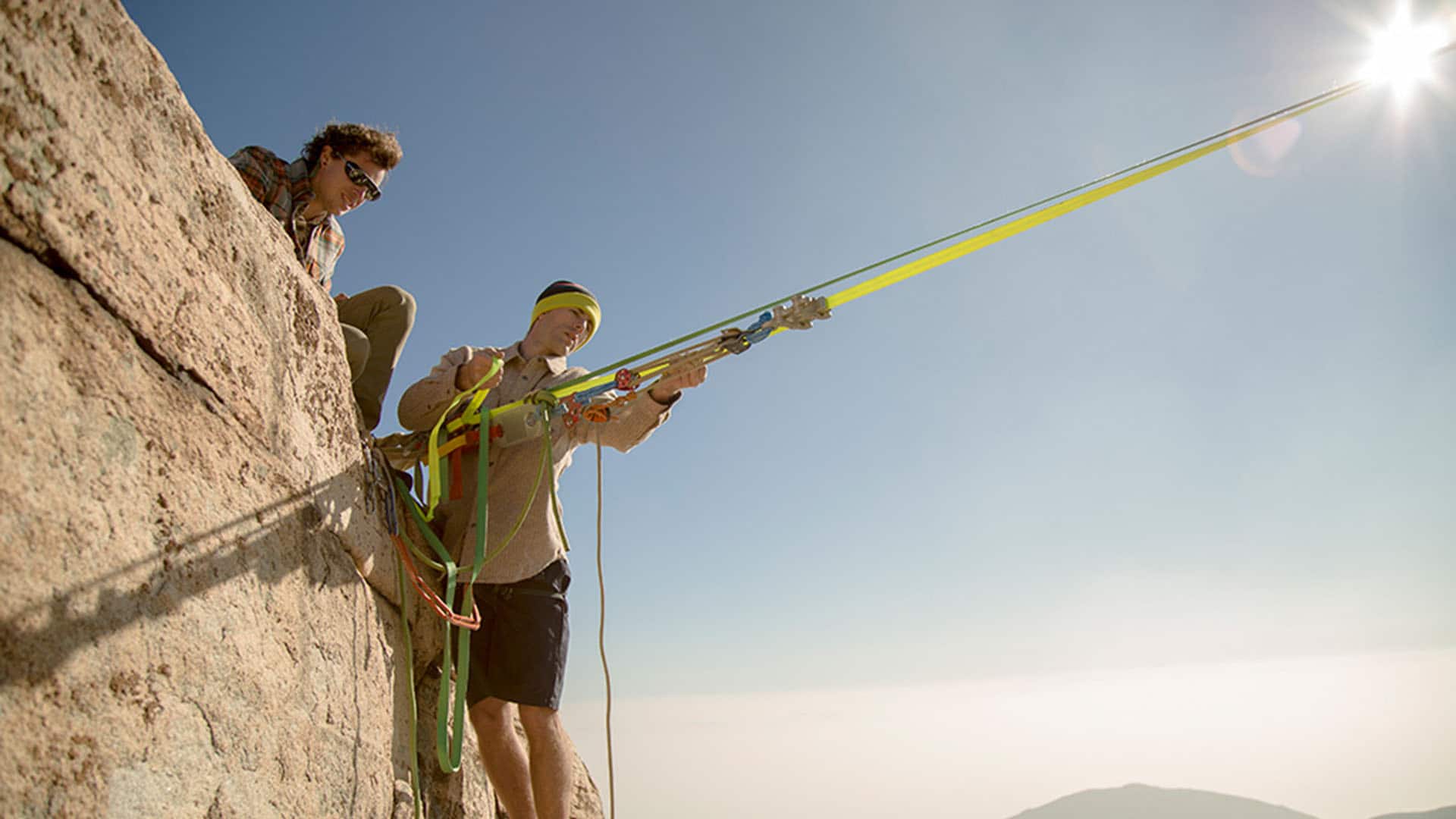 to remove the tensioning system from the slackline after tensioning it.
A softpointed slackline system consists of only anchors (e.g. slings w. tree-pro), webbing lockers (e.g. lineLock) and the webbing.

Why is it called “softpointing”?

The term “softpointing” originates from the very beginnings of slacklining, which was presumably “invented” by climbers during rest days in Camp-4 in Yosemite national park, California in the early 1980s. Back then a slackline was referred to as “softpointed” if it contained no metal parts, or in other words, everything in the system was “soft”.
With todays tensions and lengths it is considered as “bad practice” to rig a slackline without metal parts, for this requires to rig webbing on webbing or webbing on rope, which results in excessive wear and tear. It is not known with certainty who first used the term “softpointed” for a tensioned slackline with removed tensioning system.

Whats the opposite to softpointing?

It is mundanely called “hardpointing“, but this term is hardly ever used. Casually slackliners say, if you’re not softpointing your rigging “traditionally”, which means that the tensioning system remains in the slackline as a load bearing element while walking it.
The downside of this practice is obvious: you must somehow overcome the tensioning system if you choose to walk all the way to the anchor, and the tensioning system usually weights several pounds, which adds up to unpleasant and undesirable extra oscillation.

How do I basically softpoint?